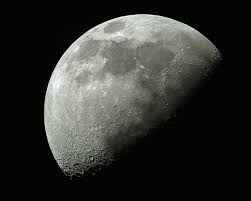 On 20 July 2013 RevKess presented the first part of a series on the history of the Inquisition in Europe and Witchcraft in Early America. KaliSara took the weekend off.

A rather ambitious topic to attempt to tackle, even within a series. The first part of the series introduces the topic and contains an interview with musician and composer Robert McClung from Telergy. Robert visited the show in May to talk about Telergy’s latest release Legend of Goody Cole. This visit he will talked about the upcoming Goody Cole Memorial on 11 August 2013.

As an introduction, the first of the series will just touch upon the topic.

The Inquisition began in Europe during a time of feudal wars, Catholic and Protestant schisms and an economic atmosphere that left the old, the infirm, and the poor to struggle for their mere survival. Interesting to note that there is a very similar atmosphere and circumstances around the world today.

After the “discovery” of the New World, these sentiments towards the “other” moved across the Atlantic into Colonial America with those who immigrated to a land of “new found freedom”. Accusations of witchcraft and devilry increased in both Europe and the Americas as death and disease swamped the population. In both parts of the world, the haves and the havenots were just as likely to make accusations or be accused.

Even before the institution of the Inquisition was created by Pope Innocent VIII trials for witchcraft and other heresies occurred within the Catholic Church. As early as 319, according to Sommers, the Catholic Church was codifying laws that were used to protect the believers from the evils of witchcraft. As with the later Inquisition and the witch-craze in New England, many “innocents” were accused, tried, convicted and executed under cannon law.

During the Inquisition, it was not the Church herself who carried out the physical punishments for those convicted of witchcraft and other heresies. The convicts were handed over to the secular arm of the government. The punishments for these “crimes” was well known by the Church and the secular government, it is hard to believe that the Church was not fully aware of the extent to which the government or local authorities would go to punish heretics. Thus, many believe that the Church is just as culpable in the deaths of the innocent and guilty alike.

Men, women, and children throughout history have been accused of witchcraft and not just by the Catholic and Protestant churches. Around the globe, people often point to the other out of fear, greed, and ignorance whenever they cannot explain the problems of the day. Disease, famine, death, drought, and many otherwise natural but tragic events were often explained away as witchcraft and devilry. Out of fear, greed, and ignorance – three of the prime motivators – people of walks of life were (and still are) capable of blaming that which is different – the other – for all their problems.

Even today, in places like South Africa, Southeast Asia, Latin America, and still in Europe and the United States, people look to witchcraft as an explanation of why they are suffering. This series will attempt to look not only at the Inquisition and witch-craze of Colonial America, but to look to modern witch hunts and come to an understanding as to why these events took place in history and still happen across the globe today.

Coming soon to the Pagan-Musings Podcast  Channel, the second part to this new series on the Inquisition and Witchcraft in the Early Americas. RevKess will be putting together a number of episodes for this series. He wants to provide as clear of information as possible, as well as provide intelligent discourse on the topics at hand. These episodes will be recorded and edited for clarity. The series will air in installments as the episodes become available. Check with the Pagan-Musings Podcast Channel on BTR for upcoming episodes.

It is the 5th Sunday in a month, which means RevKess gets to play around a little more with the music for Musica Pagani. Instead of a combo of New Age and Pagan music, it is all vocals or lively instrumentals this time around. This edition is more a review of RevKess’s favorites on the channel. Music from groups like Murphey’s Midnight Rounders, Telergy and Omnia with some fun from Blackmore’s Night as a teaser for their new album (which parts will be aired in July) and Frenchy and the Punk (adding their Elephant Stomp in July).

The show was mapped out before the disappointing need to reschedule Tuatha Dea’s interview, so there are three tracks from them and some of their Tribe (Spiral Rhythm and Celia). RevKess is working on adding Spiral Rhythm to the approved play list so the listeners can enjoy more of their wonderful tunage as well.

Later this week is the 4th of July celebration on the Pagan-Musings Podcast Channel. This year we are going to do it on Musica Pagani with lots of music about freedom, diversity and independence. Be sure to tune in this Thursday (4 July 2013) at 7pm CT for a musical celebration!

The 97th edition of PWN is all wrapped up for your listening pleasure. Zaracon was unavailable this week, but RevKess muddled through with news and talk about many issues. From Trayvon Martin to household incomes to government scandals to Target taking aim at Pagans. A little more music than usual was included.

Hello, everyone! KaliSara and RevKess are at Heartland Pagan Festival down near Kansas City at Camp Gaea. This is the first year that Heartland is on totally Pagan owned land, last fall Kansas City Heartland Spiritual Association made their final payment on the land. Congratulations to them!

Towards the end of April, RevKess sat down via Skype with Robert McClung and talked about Telergy and the Lgend of Goody Cole. This weekend’s edition is the result of that conversation.

Here at Pagan-Musings Podcast Channel we strive to have a new episode for you every Saturday evening as well as our Pagan Weekly News and the occasional other programs like Musica Pagani, Lavender Hill and Selections from the Mess. Starting on June 5th, we are adding a brand new show to the line up. Home of the Ancestors with host Julian Marcus. We will continue to produce our regular shows and keep working on adding more and more to our line up for your listening pleasure and education.

Feel free to drop us an email about this or any other show at paganmusings@gmail.com or one Facebook. (Editing note from RevKess: Please forgive the background noise. I was multitasking during the interview and my keystrokes were picked up much loader than I had expected.)

Now on to the show notes for Saturday 25 May 2013: Telergy and the Legend of Goodie Cole:

Robert and RevKess had a wonderful conversation about the story of Goody Cole and the process of making this CD. During the conversation Robert mentioned many of the musicians that he worked with on this project. You got to hear some of those musicians throughout the show as well as pieces from the new CD from Telergy.

Before we get to the music you heard, here is the promotional video that was produced in conjunction with the IndieGoGo campaign that successfully helped to bring The Legend of Goody Cole to reality.

The 90th edition of the Pagan Weekly News was full of emotional content. Zaracon and RevKess visited with Kyrja, author of the

Rupert’s Tales series for children regarding the hate crime attacks on her and her community. As we discussed in a recent episode of the Pagan-Musings Podcast, Kyrja has been under attack from unknown assailants for several months. The attacks escalated from verbal abuse in December to shots being fired at her home in March and more recently chemical bombs being lobbed at her home on April 15, 2013. Her step daughter was harmed in that attack, chemical inhalation damaging her lungs. You can hear straight from Kyrja what is going on in this edition of PWN. (You can also hear KalisSara and RevKess’s interview with Kyrja earlier this month.)

Leading into Kyrja’s visit your hosts talked briefly about the new CD release by Didges Christ SuperDrum, Alien Technology. A selection from that CD was played during the program. They also talked about ConStellation IV, in which KaliSara and RevKess participated as Pangaia Metaphysical Store.

Right before Kyrja’s call, Zaracon and RevKess spoke up the recent developments with the Boston Marathon Bombing investigation. Both suspects have been apprehended, two brothers by the name of Tsarnaev from Chechnya. One brother was killed in a gun fight with law enforcement officials while the other was later taken into custody after receiving multiple gunshot wounds, he was later officially charged while in hospital.

Later in the show the hosts talked about the fertilizer plant explosion outside Waco, TX last week and information regarding the 30 Days of Advocacy Against With Hunts in South Africa, including part of a letter sent by SAPRA executives to the government regarding the exclusion of recognition of Pagan religions by the government.

Ending the show on a more positive note, there was talk of the 4th anniversary of Pangaia Metaphysical Store and Raymond Buckland’s recent foray into iPhone/iPad apps with his Romani Tarot application.

See below for a listing of topics and links that were discussed as well as a listing of the music played during this edition of PWN.

Z and Kess would like to thank all the live and archive listeners for tuning in and sharing in the information and news that they have for you each and every week on Pagan Weekly News and encourage you to visit their advertisers and supports. Tune in next week for another edition of the Pagan Weekly News with Zaracon and RevKess.