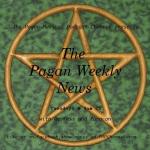 On June 17, 2014, Jason Pitzl-Waters of the Wild Hunt reported that the High Priest and High Priestess of the Seekers Temple in Beebe, AR had run into some major snags in establishing their church within the town. Zaracon immediately jumped in and contacted Bert and Felicia Dahl about visiting with he and RevKess on the Pagan Weekly News. This morning we made that happen.

Seekers Temple, originally from El Paso, Ar, has been around for five years. By the request of many members of the Temple, Bert and his wife moved the church to Beebe. After nine months of paper work and leg work, it was only when the Temple applied for a permit to use a local park for an outdoor event that the city of Beebe realized  they were Pagans.

The American Civil Liberties Union (ACLU), the FBI, and Lady Liberty League have all been informed of what is taking place. The ACLU has a limited budget and is at this time monitoring the situation. The FBI cannot act at this time as their has not been any violence involved (thankfully). Lady Liberty League coordinator, Selena Fox, called Bert personally after the story broke to the media and stated that LLL is very much aware and is continuing to monitor the situation as well. Zaracon contacted the Mayor’s office and has not yet received a response. You can also contact the Mayor, but please remain civil and rational in any correspondence. His email is mrobertson@beebeark.org.

Zaracon and RevKess opened the show up to Bert, allowing him a venue for voicing what is going on in Beebe. A detailed timeline of events can be found at the Seekers Temple website.

On Monday July 23, 2014 at 6:30pm is the monthly Beebe City Council meeting. The Dahls will be attending and ask that any Pagan or supportive ally who is in the area and wishes to attend do so as well. In previous meetings, Bert has been denied his request to speak to the City Council. Perhaps with a showing of support from other Pagans and our allies, his request to speak will be granted with this month’s meeting.

A search on Google, Bing, or your favorite browser should produce a number of links to more information. One of those would be some video coverage from ArkansasMatters.

Donations can be sent via PayPal at seekerstemple@yahoo.com or direct through mail at Seekers Temple, 608 E DeWitt Henry Dr., Beebe, AR 72012. Emails can be sent to priest@seekerstemple.com.